Natalie’s love for horses started at six when she began riding at a local riding school after persuading her parents to buy her first pony, with which she did all the local dressage events, and Pony Club. Natalie certainly knew at the age of ten Dressage was the sport for her.

In 2002 Natalie started dressage lessons with Ian Woodhead, the British Pony Team Trainer and after winning four Premier League pony titles she was selected to represent GB at Necarne, Ireland (2003) as part of the Pony European Dressage team proudly lifting the bonze team medal. Natalie trained and was based with Emile Faurie from 2004 through to 2007.

In 2004 Natalie won the Steele Trophy and in 2005, represented GB at the Junior European Dressage Championships in Barzago, Italy as well as at several other Internationals. In 2005 Natalie won the Addington Junior Premier League with her junior horse Rapino, a Dutch gelding by Casanova, and was selected to compete at a Junior International in Saumur finishing 7th, the highest placed Brit. In 2008 Natalie was selected for the Young Rider European dressage Team and won the Addington International Young rider Team Test. In 2009 she left the UK to train in Germany with Markus Gribbe and Mr Jurgen Koschel where she learned the German basic Dressage system of training which included ‘breaking’ young horses and riding and competing at Grand Prix Level. In 2010 Natalie came 10th in her first German Grand Prix qualifying for the special.

Having returned to the UK in 2011, Natalie now runs her own yard at Edgehill Stud, Warwickshire and trains both horses and riders from Novice to Grand Prix level including a number of event riders to 4 Star Level. Natalie hopes to compete internationally and her long term aim is to complete at the Olympics, her drive determination and hard work ethic will surely help her achieve this.

Natalie now trains regularly with Carl Hester and like Carl is extremely passionate about training and working with horse and rider to further develop their partnership in Dressage. Natalie is extremely keen to share her knowledge and love of dressage with all of our CROWN members. 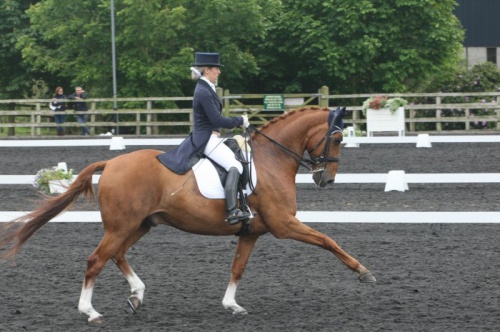 To recover your password please fill in your email address